Jude Maverick has grown up in an isolated town called Ciel, which is completely enclosed in a large sphere floating thousands of feet above the surface of Filgaia. His sheltered world changes forever when he sees the sky "tear" and ships enter his homeland. Upon inspecting the campsite set up by the intruders, he sees something else that he has never seen before: a girl.

The girl's name is Yulie and she is being held captive by the intruders after being captured by a "Drifter" for hire, Arnaud G. Vasquez. After the invading army attacks Ciel and brings the sphere crashing down, Jude, Yulie and Arnaud join forces to find the army's true intention behind Yulie's abduction. With the help of another Drifter, Raquel, these four idealistic teens travel the war-torn land of Filgaia in search of truth, their own identities, and their separate paths to adulthood.

The Brionac is an elite fighting force of the Congressional Knights, and was initially formed during the war against the Global Union. They were reformed after the war by a new captain, Lambda Zellweger, and are now known as "Lambda's Elite". The group is composed of members with super-human abilities, and each member of the Brionac is equivalent to an entire battalion.

On the field map, Jude is the only character that is playable to navigate the world of Filgaia, even with other members of his party present. Jude is able to jump and double-jump, crouch, slide, and stomp around the different locations. Also, Jude's Accelerator ability, allows him to manipulate time and collect Gella, and the game will occasionally rely on Accelerator during timed events to advance the story. The game's dungeons are often puzzle-based, requiring Jude to interact with tools and switches throughout. Where the previous game had an ECN gauge for avoiding battles, 4th Detonator requires the player to activate a "Break Point" by either defeating an enemy or solving a puzzle, at which point the player can turn random encoutners on/off by hitting R2.

This game introduces a new battle system known as the HEX (Hyper Evolve X-fire sequence)[1] system, consisting of 7 hexagons. Characters can move in and out of a HEX that is either empty or has an ally in the HEX, but cannot move into a HEX occupied by an enemy. Attacks and items used in a HEX affect all occupants of the HEX. As the HEXes are area-based rather than character-based, status ailments such as Poison or Misery are conferred to a single or multiple HEX as opposed to a character or characters. Characters can be cured by items, dispelling the HEX, or simply moving out of the HEX.

The hex system returned in Wild Arms' next installment, Wild Arms 5, with certain mechanics improved, such as the ability to execute a turn after moving between HEXes (only Raquel is able to do this in the previous game). 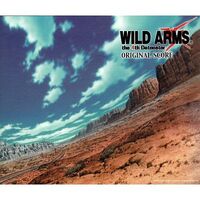 The Wild Arms the 4th Detonator Original Score was released on June 22, 2005 in Japan. It contains 4 Discs but is missing a single track from the game, thus making it incomplete. 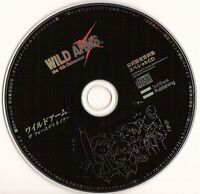 A 7-track radioplay titled WILD ARMS the 4th Detonator: Official Creation Collection Special CD was released in Japan, with the performing voice actors being the same as those in the game.

Volume 1 of the light novel published by Famitsu Bunko (Enterbrain).

Volume 2 of the light novel published by Famitsu Bunko (Enterbrain).

One manga (3 volumes) and five anthologies were released for Wild Arms 4.

In the North American version, two monsters (Dalawa Bunny and Accident Rabbit) were taken out of the game, but not out of the monsters list, making it impossible to finish the game with 100% completion. The PAL version still contains this error, and is also known to crash in certain places when played in 50Hz mode, leaving those areas potentially impassable to players whose television does not support 60Hz PAL signals.

Some PAL copies also have another issue where triggering specific Material summons would freeze the game. A workaround is to disable the battle movies in the game's options. This bug affects both PAL and NTSC modes.

The English localization copy is known to freeze when loading the area at the top of a ladder at The Great Stairway roughly 5 hours into the game when played in PAL mode. A workaround can be achieved by saving the game in the area prior and loading the game in NTSC mode, going past and saving on the world map. No other areas are known to have this problem.

The Title and the Acronym

The release of Wild Arms 4 brought a bit of a fresh start to the debate on the nature of the "Wild Arms" title. xSEED, in a rush to release the game, used the form "Wild ARMs" one on the back cover and once within the manual of the actual game. This was because a copy-editor from xSEED relied heavily on fan-sites (such as RPGamer) for their localization attempts for the American version. This error does not appear anywhere else, nor does it actually appear within the game itself.

Sony has officially declared the franchise "Wild Arms", as two normal, intellectually-protectable, words. This wouldn't stop xSEED from making a similar error in Wild Arms 5, however...