Wild Arms: Million Memories is the 8th entry in the Wild Arms series of games, released exclusively to Japan on September 26th, 2018 for smartphones[1]. The game was hinted at during its production stage back in 2016 in celebration of Wild Arms' 20th anniversary by series creator Akifumo Kaneko.[2] It featured a brand new story in the series, supervised by Kaneko,[3] with music composed by series veteran Michiko Naruke[4]. Million Memories had the distinction of being the only Wild Arms game of the series to have not been developed by Media.Vision, instead being developed by ForwardWorks and was the first game to be released in the series since Wild Arms XF in 2007, effectively reviving the series after 11 years.

The game's services were discontinued at February 27th, 2020[5], with no mentions of a potential English release ever brought up.

Ashley, Virginia, Jude, Dean, and Clarissa—adventurers known as “Migrant Birds”—were in trouble due to Mother, the leader of the Metal Demons.

Are they not able to stop mother’s plan? Will they have to accept their fate of despair?

Countermeasures against the worst possible situation should have been devised, and yet such a situation is occurring...

"Why did you betray everyone? Rudy..."

Fates will cross, and feelings will connect—-."
—Synopsis[6]

The game allows players to select on the following tabs at the bottom of the screen. These tabs refer to the "Home" page, the "Quest" page, the "Party" page, the "Upgrade" page, the "Gacha" page and the "Menu" page.

Characters from the series are obtained upon completing the quests. Currently, some characters remain unavailable to select but are playable as support characters and may be obtained in future updates.

Quests revolve around the simultaneous mix of story scenes and combat, employing some story scenes prior to the combat phase of the quest. The quests feature varying characters from multiple games in the series while also employing specific storylines and circumstances from particular games within the main story arcs. While in the vein of the speicified game's story, the plot is slightly modified to accommodate characters that were previously absent. Such is exemplified by the addition of the Adlehyde "Ruins Festival" event and the inclusion of its aftermath in the main story.

The main gameplay for the game consists of a real-time combat system employing the usage of your playable character navigating a dungeon while using their unique weapon from their related game. Players are also able to equip ARMS which allows them to use either magic or special abilities. The Force gauge also allows players to unleash the hidden potential of their selected character.

A trailer released for the game showcased a battle system employing real-time combat typically seen in Action RPGs, as opposed to the turn-based style of battle traditionally used throughout the Wild arms series. This makes Million Memories the first game in the franchise to make such a deviation.[7] 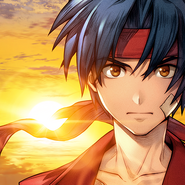 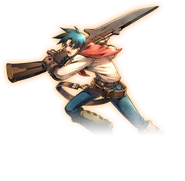 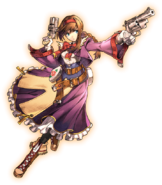