One of the four Guardian Lords, Justine is the Guardian of Courage.

The High Guardians thought to have lost their power, but in Wild Arms 1, Jack finally understanding the meaning of courage brings Justine back.

In Wild Arms 2, Brad has a discussion with his old war comrade Billy and gets the rune/medium.

In Wild Arms 3, Justine is acquired from the Fallen Sanctuary after collecting the four Guardian Lord idols. Justine's summon can be said to be the equivalent of Odin from the Final Fantasy series, as his attack has a chance of causing Instant Death. 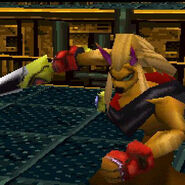 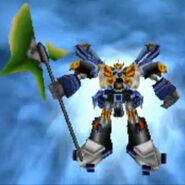 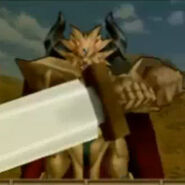