Grudiev (Gurdijeff) is the Earth Guardian. He takes on the form of a large bluish-green, Space Godzilla-inspired dinosaur with long crystal spikes sticking out of his back. Most of his summon attacks involve him bursting from the ground.

Grudiev (Gurdijeff in this game) first appearance is during Rudy, Jack and Ceciliia's journey through Guardian Shrine, after exploring the place the group begins to have visions and illusions of what seems to be important and decisive moments from the past.

“I'm the Earth Guardian. Gurdijeff. We heard you answer our call...? “ - Gurdijeff introducing himself.

"You may be right. Fengalon. Look at them... they look defeated...." - Gurdijeff about the group.

After finally revealing her true form along with Fengalon and Moa Gault them telling that they don't have enough power to face the demons and would need the Tear Drop, Cecilia is amazed that the guardians know of the existence of this item, they tell that they are able to feel the power, power that would be the key to their existence and vital energy.

"You must undestand... We do not have enough power to fight the demons" - Gurdijeff about the demons.

Along with the other two guardians, Gurdijeff then starts to guide and help the heroes and can be summoned through the Wind Rune during battles.

In WA2 Grudiev will be encountered during the heroes' adventure through Meria.

During the adventure story Tim gives Ashley the earth rune.

In Wild Arms 3, Grudiev accompanies the group soon after the introductory dungeons, being possible to use it from the beginning of the game

In Wild Arms 4 he is a known as Code G and can be summoned from a HEX with the Earth leypoint in it.

In Wild Arms 5, he has an earth-elemental TF System tower named after himself, known as "Tower G". 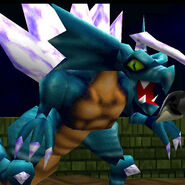 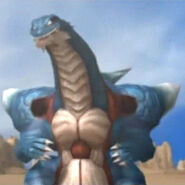 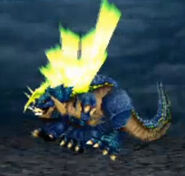 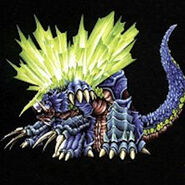 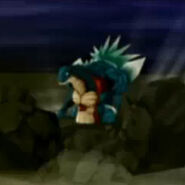 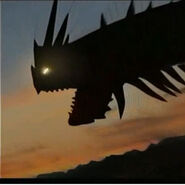 The four main guardians, Fengalon, Grudiev, Schturdark, and Moor Gault, are all based off the Four Symbols in Chinese mythology. Grudiev is based off of Meng Zhang, the Azure Dragon.